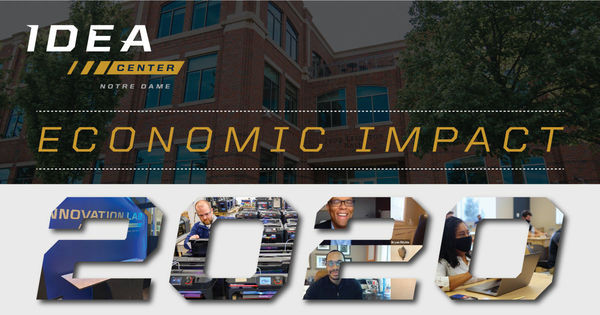 “Despite a devastating pandemic that has resulted in a record 700,000 businesses closing in the U.S. alone last year, the IDEA Center was still able to launch 25 new companies in 2020, a number consistent to what we have produced in previous years,” said Bryan Ritchie, vice president and the Cathy and John Martin Associate Provost for Innovation at Notre Dame. “And while the University’s startups were also negatively impacted by the pandemic--25 of our companies launched in previous years ceased operations in 2020--the total number of jobs our startups created actually increased, as did the average salary.

Notre Dame student entrepreneurs are responsible for founding 18 of the 25 Notre Dame startups launched in 2020. Notre Dame faculty, alumni and members of the community created the other seven.

Originally published by Nicholas Swisher at ideacenter.nd.edu on April 19, 2021.